The “Park & Ride” network in Greater Warsaw is developing rapidly

More projects aimed at reducing pollutants emission levels and streamlining transport in Greater Warsaw are being launched. Local government bodies will acquire extra PLN 23 million of EU funds for the extension of the Park & Ride system under the Integrated Territorial Investments instrument. 8 facilities will be created with a total of 961 parking spaces for cars and 335 spaces for bicycles. On 30 January this year the Michałowice Commune signed a project co-funding agreement. The communes preparing for the conclusion of agreement also include Nowy Dwór Mazowiecki, Żyrardów, Zielonka, and the Jaktorów Commune.

Local government bodies carry out measures for the development of the metropolis to improve the quality of life of residents through projects aimed at, i.a., decreasing the emission levels of pollutants and the transport burden in the agglomeration. An important element in implementing these assumptions is the creation of a system of Park & Ride facilities. The car park network will prove particularly useful to the residents of the suburbs in their daily commuting to the city centre and encourage people to use collective transport, as the main argument in favour of choosing specific investments was their coordination with urban transport. 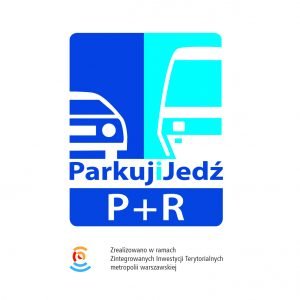 As a result of cooperation between the Local Government of the Mazowieckie Voivodeship, the City of Warsaw and communes nearby Warsaw, 5 projects were selected for implementation within the second competition, thanks to which the metropolitan network of Park & Ride car parks will be expanded. The planned investments will include the construction of new car parks in the towns of Nowy Dwór Mazowiecki, Żyrardów, Zielonka near Warsaw and the Michałowice and Jaktorów communes. “The availability of modern Park & Ride car parks in the localities neighbouring with Warsaw directly benefits the capital city,” emphasised Michał Olszewski, Deputy Mayor of Warsaw. Creating an opportunity for the residents of nearby communes to safely leave their cars in Park & Ride facilities located next to public transport interchange junctions will limit the number of cars entering Warsaw,” he added. Commuters will be able to park free of charge on the basis of a city transport ticket or a ticket issued by a local transport-service provider. It is assumed that P&R facilities located in communes around Warsaw will be marked in a uniform way. All this is to make sure that the residents can easily distinguish between P&R facilities and other illegal or commercial car parks.

This is another step towards building a network of “Park & Ride car parks in Greater Warsaw. In December 2016 the first competition was concluded, and projects were selected for the construction/redevelopment of 27 facilities with 2,697 parking spaces for cars and 1133 spaces for bicycles. Several facilities, including in Jaktorów, Radzymin, and Wołomin, have already been handed over for use.