On the Local Government Day, 27 May, a meeting was held at which commune heads discussed cooperation between Warsaw and the nearby local government bodies under the Greater Warsaw initiative now and in the future.

The purpose of the meeting organised under the slogan “Greater Warsaw 2.0” was to start discussion on further harmonious socio-economic growth of metropolitan communes and districts under the 2020+ financial perspective. Local government officials declared that they would like to build a metropolitan area without focusing on systemic changes. Cooperation mechanisms will be based on experience gathered during the implementation of Integrated Territorial Investments, taking into consideration expansion to the NUTS2 Warsaw capital region, which was separated in 2016. The area consisting of 70 communes will be a basis for implementing EU funds under the 2020+ perspective and treated as a target for setting boundaries of the Warsaw Metropolitan Area. 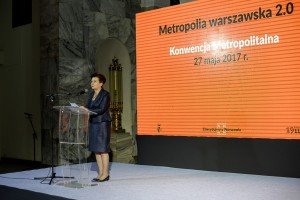 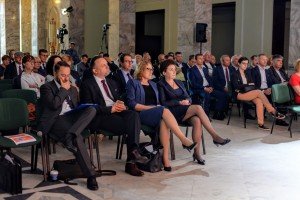 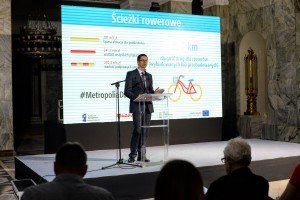 #GreaterWarsawWorks
Local government officials emphasised during the meeting that Greater Warsaw is a working concept, with joint investments and projects being implemented to increase the quality of services provided to the area’s residents. According to the data for the last 10 years published by the EU, Warsaw along with the Greater Warsaw area is the fastest developing region in Europe. In the last decade, when Prague recorded a 12% growth, and Budapest’s growth was at 18%, Warsaw reached a 57% growth. In 2014 Warsaw together with 39 communes concluded a metropolitan cooperation agreement, which now serves as the basis for cooperation on key issues related to economic and social growth of our local communities. We are jointly implementing, among others, investments in P&R facilities, bike paths and economic promotion of companies. In 2007 we introduced the Integrated Ticket. Today the metropolitan transport system covers 33 communes. The common metropolitan transport is used by an increasing number of passengers – within the last couple of years there has been a 20% rise. Within cooperation with the nearby communes on the common transport system, starting from 1 June 2017, we will introduce facilities for urban transport passengers in the form of cheaper tickets for the 1st and the 2nd zone, group tickets for students and 3-day tickets for tourists. “Let’s also remember that communes in Masovia offer the best education. This is because of the education transfer, as thanks to public transport our students are mobile and attend large educational institutions, for instance in Warsaw,” emphasised Artur Tusiński, Mayor of Podkowa Leśna.

In late January a draft Act on Warsaw’s form of government created by MPs reached the Sejm, assuming that the capital city would become a metropolitan local government entity encompassing more than 30 communes. The draft was withdrawn after protests of local government officials and residents. Local government officials passed a number of resolutions expressing their disagreement about the planned change. The first referendum was held in Legionowo, where on 26 March, with a turnout of nearly 47%, as many as 94.27% of the voters said NO to joining their city to the “mega Warsaw” proposed in the draft Act. The residents of Nieporęt also opposed the draft Act in the referendum – 96.09% voted against, and 170 people were in favour, accounting for only 4% of the voters. The turnout was 39.5%. The referendum was also held in Konstancin-Jeziorna; and unfortunately, it fell 100 votes short of reaching the required turnout. The planned referenda will take place on 4 June in Podkowa Leśna, Ożarów Mazowiecki, and Wieliszew.

Despite the fact that each local government chose a different method of fighting for the idea #NothingAboutUsWithoutUs, they still speak with one voice, working towards the development of Greater Warsaw on a daily basis.

Presentations from the meeting are available here:
27-05-2017 Komunikacja w metropolii

Video from the meeting: