On 9 July 2015 an agreement was signed between the Mazowieckie Voivodeship (which acts as the Managing Authority of the ROP MV) and the City of Warsaw, based on which the City of Warsaw was entrusted the tasks of the Intermediate Authority within the instrument Integrated Territorial Investments of the ROP MV for 2014-2020. Therefore, the representatives of the City of Warsaw will actively participate in the respective stages of investment implementation, including cooperation on creating detailed criteria for competitions announced under the ROP MV 2014-2020 and participation in the selection of experts for the assessment of proposals. The agreement was signed by Member of the Board of the Mazowieckie Voivodeship Wiesław Raboszuk and Deputy Mayor of Warsaw Michał Olszewski. All voivodeships must include a new mechanism in their regional operational programmes – the Integrated Territorial Investments, aimed primarily at developing a mechanism of territorial coordination for the programming and implementation of measures.

The funding amount awarded for the implementation of projects under the ITI in Masovia is EUR 165.8 million, i.e. approx. PLN 700 million under the ROP MV 2014-2020. The funding will also include additional resources from operational programmes at the national level (e.g. IEOP). 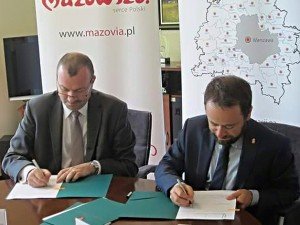