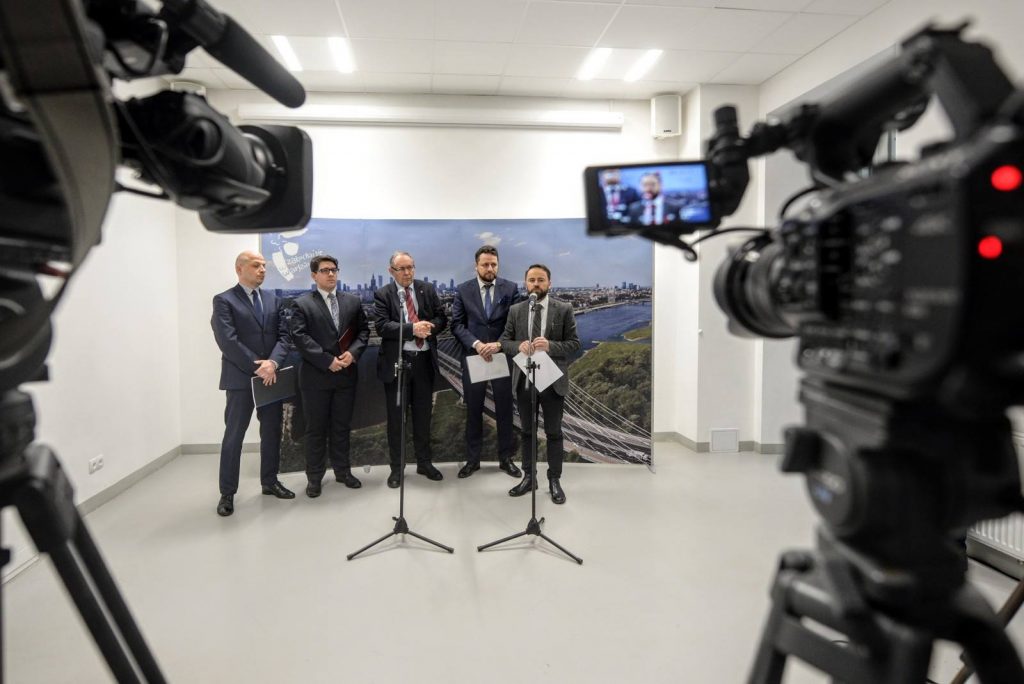 Greater Warsaw is counteracting air pollution. Warsaw and the surrounding communes are fighting together for clean air. Exchanging and upgrading heating sources is of key importance to achieve this goal.

“All our joint actions clearly show that Greater Warsaw simply works. Many investments that we are implementing refer to various domains of transport. These include new P&R facilities and bike paths. This way we not only improve the quality of life and the comfort of commuting for our residents but also care for clean air. We also support our residents in a direct way. We co-finance heating sources replacement and systems using renewable energy sources. I believe that these joint efforts and cooperation will help us succeed in combating air pollution,” said Michał Olszewski, Deputy Mayor of Warsaw.

A considerable majority among 39 communes co-creating Greater Warsaw decided to implement the programme of supporting residents’ projects consisting in upgrading and/or replacing heating sources with more environmentally friendly ones. Nearly half of the funds earmarked for this purpose are from individual budgets. Other communes obtain funds from the National Fund for Environmental Protection, the Voivodeship Fund for Environmental Protection and Water Management, and also EU funds. 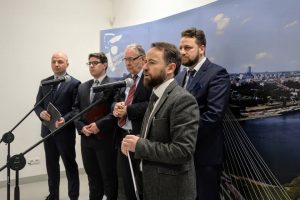 “Legionowo has been taking measures to improve air quality. Three years ago, we started funding the replacement of coal stoves with more environmentally friendly heating sources. We succeeded in replacing more than 200 of them, i.e. 20% of all stoves in the city. In addition to new stoves, we also provide funds for connecting properties to the gas network,” said Piotr Zadrożny, Deputy Mayor of Legionowo. “We are building P&R facilities, encouraging people to use public transport, and we have just launched the first electric car charging station. Furthermore, since January the eco-patrol has been operating in order to monitor the type of fuel used by residents in their stoves as well as to educate people and raise their awareness on air quality issues,” he added.

“Our commune serves as the green lungs of Warsaw. It should be emphasised that 80% of its area is covered by the Kampinos National Park. In addition, all our residents have access to the gas network. The problem of network connections is of an economic nature. The difference between the operating costs between coal and gas should also be subsidised,” emphasised Witold Malarowski, Governor of the Izabelin Commune.

Within programmes carried out in the respective communes of Greater Warsaw residents can obtain subsidies covering from 25% to 80% of the investment’s costs. In addition to support for exchanging solid fuel (e.g. coal) stoves with the more environmentally friendly gas stoves, communes also provide funds for projects involving the installation of equipment using renewable energy sources (RES), e.g. heat pumps and solar systems. Details on the amounts and forms of support are available at the offices and on communes’ websites.

“We are constantly upgrading and improving our heat network, and our residents can also receive aid for stove replacement. We are trying to achieve energy modernisation in the housing sector,” said Michał Landowski, Deputy Mayor of Pruszków, and added, “At the request of our residents, we are also intensifying monitoring measures. Similarly to Warsaw, we have installed air purifiers in our kindergartens. When our residents notice and report problems, we are cooperating.”

“In the late 2017 we installed 30 smog detectors in the entire Piaseczno Commune, providing ongoing monitoring of air quality, which can be viewed online in real time. We also intensified the control measures performed by municipal police, whose officers were trained and equipped with sets for collecting samples of ashes from coal stoves. For several years now we have consistently implemented the programme of co-funding the replacement of the heating system and the purchase of solar installations and heat pumps,” said Daniel Putkiewicz, 1st Deputy Mayor of the Piaseczno Town and Commune.

Acting together from the start 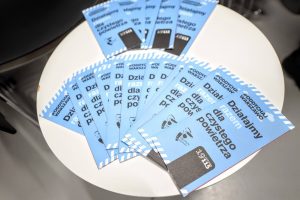 In March 2016 Warsaw and Greater Warsaw communes made a joint appeal to the authorities of the Mazowieckie Voivodeship for passing a resolution that would enable the implementation of tools provided for in the so-called Anti-Smog Act (Journal of Laws of 2015, item 1593). This was aimed at streamlining work on the regional document specifying the rules of combating air pollution and low-stack emission. In mid-November 2017, the so-called Anti-Smog Resolution entered into force in Masovia. According to the resolution, stoves of the lowest combustion rating and unrated installations are going to be gradually replaced. This is a compromise between air quality improvement and the economic costs of introducing a complete ban on using solid fuels for heating.

To achieve a real improvement in air quality, changes in the daily habits of residents are also necessary. In order to make it easier for them to give up driving their own cars and switching to collective transport, Greater Warsaw communes are implementing an extension programme of the Park & Ride network and investing in integrated cycling infrastructure.

Greater Warsaw communes received EU funds for the construction of 28 such facilities, and the target is over 40. The car park network will prove useful to the residents of Greater Warsaw in their daily commuting to Warsaw and encourage people to use collective transport, as the main argument in favour of choosing specific investments was their coordination with urban transport. It should also be mentioned that any reduction in the number of cars on the streets contributes to a decrease in pollution and an improved operation of public transport.

As part of the creation of a uniform network of bike paths, Greater Warsaw’s local government bodies signed co-funding agreements with the EU for the construction of 340 km of such paths. The competition procedure for further sections will soon be completed. It is planned to construct a total of approx. 1.1 km of bike paths. The Greater Warsaw bike path network will create transport corridors integrated with various types of public transport. This will be a perfect alternative for residents commuting to work by car on a daily basis. Using the bicycle as a daily means of transport reduces air pollution and noise, at the same time improving road traffic safety. One of the main selection criteria for specific projects was whether they create uniform intercommune connections and how they fit into the existing network. Another important argument in favour is the possibility of reaching a bus stop or an integrated public transport interchange junction by following the bike path. The paths built within Integrated Territorial Investments for Greater Warsaw will be uniformly marked. The characteristic colourful bikes will also constitute an element of the planned publicity activities encouraging Greater Warsaw’s residents to use bikes for their daily commuting to work, school or university.

In 2014 Warsaw together with 39 communes concluded a metropolitan cooperation agreement, which now serves as the basis for cooperation on key issues related to economic and social growth of our local communities. Integrated Territorial Investments for Greater Warsaw are created by Warsaw as a city with district rights, 14 urban communes, 12 urban-rural communes, and 13 rural communes subordinated to 10 districts. We are jointly implementing, among others, investments in P&R facilities, bike paths, and e-services projects. In 2007 we introduced the Integrated Ticket. Today the metropolitan transport system covers 33 communes. The common metropolitan transport is used by an increasing number of passengers – within the last couple of years there has been a 20% rise.